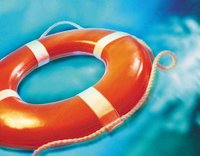 Consider this a literary SOS.
Word Nerd's got almost 300 more pages to go in "The Count of Monte Cristo" to finish the classic novel by June 15, as promised. At this point in the game, Word Nerd should have been around page 500.

What happened? Well, a few days off where Word Nerd was doing things like clambering through caves and gaping at Mt. Rushmore and two mystery novels by Susan McBride.

All, however, is not lost. Word Nerd isn't reading anything else until Monte Cristo is done, despite the stack of books to be read on her living room floor and the few that she just put on hold at the library.

But this is where you come in. Word Nerd's not having any fun getting to the end. The last chapter, kid you not, was about about selling stocks. Yep. Finances.

Word Nerd needs some cheerleaders. After all, y'all voted for this and it's taking an awful lot of will power (will power akin to not eating the whole pint of Ben and Jerry's) to not pick up Kelley Armstrong's "Bitten," or Neil Gaiman's "American Gods" or Alison Pace's, "If Andy Warhol Had a Girlfriend."

Only 5 more days of torment! You can do it!

And while you're suffering so much, go ahead and have that pint ;) It'll make it almost bearable.

You can do it! After the stock stuff, it starts to pick up the pace a bit. Think of the stock chapter as set-up. It has a point. It just takes a couple more chapters to find out exactly what that point is. Sure, it gets dull at times. Just remember that almost everything in the book is connected somehow.

(You may have to sing that last line really quickly, but it'll work. Promise.)