Last but in no way least in the pre-Bouchercon guest blogger line-up is Sean Chercover. Sean's no stranger to Word Nerd (There are two past interviews, one after his first book and another around the release of the second) but this time, it's all him. Chercover is the author of the Ray Dudgeon series (Big City, Bad Blood and Trigger City) and takes a look today at how or why or why not to evolve a character across a series. 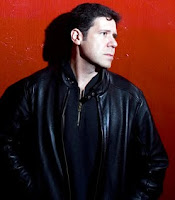 To Evolve, or Not to Evolve…by Sean Chercover

Bethany asked me to talk about my approach to evolving a series character. I think, if you’re working on a series, you first have to address the question of whether or not your protagonist should evolve.

There are many fine series featuring protags who stubbornly resist change. I’m a huge fan of Jack Reacher and Travis McGee and Lew Archer, none of whom evolved a whole lot over the years. Those characters are more than just characters – they are finely wrought points-of-view. Much of their power comes from their certainty.

Another consistent character, Spenser, began life as an evolving character but stopped after a number of books. Robert B. Parker has made no secret of why he stopped evolving Spenser. Many readers want to re-experience the emotional identification with the hero. The hero is like an old friend, and they want to pick up the next book knowing that the same friend will be there. As a result, static protagonists tend to sell more books than evolving protagonists.

There are exceptions, of course, and writing a non-changing (I hate to say “static”) hero is no guarantee of success. Very few writers are capable of creating a non-changing hero who remains interesting (and believable) over time. It requires a special skill.

Ray is a troubled soul. The things in life of which Ray is unsure, far outnumber the things of which he is certain. He’s a good man, but doesn’t always act like the good man that he is. This, of course, gives him a lot of room to grow. But more than that, it demands that he grow.
I think that’s essential, if you’re writing an evolving series character. Not just giving your protagonist a few flaws (She’s a workaholic! He’s got a short temper!) but actually starting with a damaged character. Not just to give him “room to grow” but to make character growth necessary for his survival. Necessary, and difficult. The evolving character is (like all of us) a work-in-progress. If you start with a character who is comfortable in her own skin and in the world, then we really don’t need to follow her progress through life.

Ray is working hard at becoming a better man, one story at a time. Over time, his now-shaky skills as a friend and romantic partner may exceed his considerable skills as a private detective. And if that happens, the series may come to a natural end.

I’m rooting for him. But it’s a long and winding road.
Posted by Bethany K. Warner at 8:00 AM

Great post Sean. I like your perspective on evolving charactes and I think personally, I'd get bored with a here that doesn't grow over time. I agree it's more commercial to build a static character, but I like your approach.