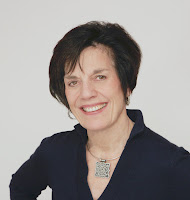 This week's author, Cynthia Dennis, is the author of a memoir, "The Sunflower Sinner," about her father's attempt to become the governor of Kansas.

Dennis will be in Oshkosh on Sept. 20 for an event at the UW-Oshkosh Womens Center. The event, co-sponsored by Apple Blossom Books, will be at 5 p.m. in the Foundation Building on campus.

WN: Why did you decide to write “The Sunflower Sinner?”
DENNIS: I wanted to offer readers a firsthand glimpse inside the life of a scandalized political family. We rarely hear from a politician's spouse or children about the effect of scandal on them. I also wanted to tell this story because it is a compelling example of how one moment of fate, and a politician's fatal decision, can turn an entire family's life upside down.

WN: What challenges were there in writing a personal memoir?
DENNIS: There is a delicate balance between focusing evenly on one's own role while telling the larger story, This memoir was never intended to be about me. Rather, it was written with the goal of examining a scandalized political family within the framework of a sensational abortion murder trial, a bribe, and an explosive political scandal trial. Both Kansas trials are reported in the book.

WN: This book is about your family. How have other family members or close friends reacted to the book?
DENNIS: The response has been gratifying because comments have been insightful and positive. Those who knew our family have offered fascinating tidbits about how they viewed us, and details not known until now. And readers who never met my family have provided a range of interesting reactions, including observations about their own family relationships.

WN: You are a journalist as well. Did that training help you for writing this book?
DENNIS: Having spent my career in various types of journalism certainly helped with the writing. However, as a newspaper journalist for 18 years and a graduate student before that, I was not used to writing in the first person. Journalists are taught not to inject themselves into their stories. Compiling a lengthy book was also a new experience as none of my journalism assignments ever totaled more than 200 pages!

WN: Were you a reader as a kid… what turned you on to reading/writing books?
DENNIS: I was an avid reader as a child, and still am. My parents made sure that we had access to books. My father was an attorney who was passionate about current events and reading newspapers, which influenced me. I began writing at a young age, and never stopped.

WN: What’s the best part of being a writer to you? What’s the most challenging part of writing for you?
DENNIS: As a feature writer, the best part of newspaper writing was meeting new people, having novel experiences, and learning about unfamiliar things. The most challenging part of writing a book was the continuous rewriting to make it better. One spends so much time with the text that it is easy to lose your objectivity, which is needed in order to assess whether the overall product is good or not.

WN: What is the best/most influential book you have ever read and why did it inspire you?
DENNIS: I like, and have been influenced by, so many books that it is difficult to select just one. At the top of my list are two books by Raymond Carver: "Call Me If You Need Me" and "Where I'm Calling From." These collections of short stories are inspiring because they offer fine examples of spare yet eloquent writing with richly defined characters.

I really think you have to be very brave to write a personal memoir.