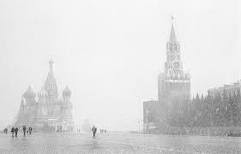 Last week, I finished Anna Karenina. I was going to put "finally finished" but I figured that would induce more wrath from people who really like this book.

I'm not going to write a review, per se, because that would just be a strange format for this classic that I've blogged about several times during the reading. Through the reading, I've learned a couple things and I'll get to those in a bit.

First, let me say, I'm proud of myself for sticking it out and finishing it like I said I would and on the schedule I said I'd use. There were many, many times when I contemplated stopping, but I soldiered on and I'm actually really glad that I read it.

Second, I've made this point before, but it's worth saying again: I don't hate the book. It's not my favorite; I doubt I'd ever read it a second time, but I don't hate it. I think it's all in the marketing -- the book's called "Anna Karenina" when, at least to me, the most important and interesting character was Levin. Anna was not a happy character and it was hard to feel any kind of sympathy for her in her choices.

One the writing fellows at the Midwest Writers Workshop Retreat described AK as a "page turner" and I have to admit, I just don't get that sentiment. I was turning pages to get done, not reading with much anticipation like when I read a mystery or a thriller. And maybe therein lies some of the problem -- I just don't read enough books like AK and don't know how to change my anticipation for a book like that.

Third, the next time I read a masive classic like this, I'm going to turn to a source like SparkNotes for some help in interpretation. I did pull up SparkNotes for part of Part VII, just to make sure that I'd read a section right and that I hadn't again missed a vital action in Tolstoy's very subtle style. I had interpreted a scene correctly, but reading the SparkNotes helped bring whole parts of the story into better focus. I want to keep reading "important" books that I feel like I've missed in school, but I think it's ok to turn to another source to make sure I'm appreciating them in all their fullness.

Fourth, I discovered that I'm actually kind of frustrated with many of the English teachers I had throughout school. They were great writing teachers, actually, but I think I was given a pass on reading a lot of great books. For my reading goal for this year, in addition to AK, I said I was going to read three more "important" books. I know the next one I'm tackling and while it's far, far newer than AK, I think it still counts. I've got a copy of Tim O'Brien's "The Things They Carried" on my shelf. I read an excerpt of that in a lit class and liked it, so I'm going to read the whole work. I'm also eying Joseph Conrad's "Heart of Darkness" for another one. There may be a contest for the third, so keep your eyes open.

Now that I'm done, I'm expecting a promised rant from a writer friend of mine. I probably deserve it, but I'm sticking by the fact that I did what I said I was going to do. Read Anna Karenina over the space of 4 months and I'm happy that I did just that.
Posted by Bethany K. Warner at 8:39 AM

i tried to read heart of darkness once. i got about 4 pages in before i gave up. i've heard it's the longest short book you'll ever read due to density. kudos to you for adding to your list.

i will stay tuned for the contest on the 3rd book option. :)